I was listening to a football phone-in the other week, when this guy calls up to talk about the big match. He hadn't seen the game—turns out he is blind—but he had heard the commentary on the radio. He explained all of this, and then after a bit more small talk, he got down to the point of his call. He agreed with the previous caller, he said, and was just about to explain himself further, when all of a sudden the show's presenter interrupted him—

@AlternativeDfT entitled to express their opinions on Royal College Street (we don't agree). But those who have repeated them...

...without even seeing for themselves should be ashamed. No better way to create divisions amongst cycle campaigners.

This was directed at David Hembrow. He responded thus: "@camdencyclists I can assure you that I didn't repeat @AlternativeDfT's opinion because I wrote about it first."

Hmm. The thing is, though, David, you hadn't bothered your arse to come all the way over from Holland and see Royal College Street for yourself, had you? Or the CS2 extension. All you'd done was make a video showing how bus passengers in the Netherlands avoid being put into conflict with cyclists, then you'd looked at how we're doing things here in the UK, using somebody else's photos, and then you wrote a report. That's absolutely the pits, that is. Total disgrace. And you, Joe Dunckley! Writing about Leith Walk on the basis of a newspaper article! Outrageous. And Danny Williams. Deary me. Berlin? Chicago? Copenhagen? Danny, Danny, Danny, you should know better. How can you even look at yourself in the mirror? There's no better way to create divisions amongst cycle campaigners, you know.

Regarding the new bus-stop for Royal College Street, David Hembrow pointed out: "It was obvious from the design that conflict should be expected here between cyclists and bus passengers because bikes are being routed between the bus and the bus stop ..."

The Alternative DfT made a similar point. Camden Cyclists had said they disagreed with this assessment, and Schrödinger's Cat was interested to know more:

@camdencyclists By the way, you say you disagree with my analysis of the bus stops, but haven't explained why I'm wrong.

@camdencyclists Are you suggesting, for example, that the photo of the van passing a bus while the bike user waits is false?


@camdencyclists I'd love to read a rebuttal.

@camdencyclists Please point out the factual errors in my article, I want to know. I suspect your objections are based on emotion.

@AlternativeDfT Enough of the flame wars. We'll be happy to discuss face-to-face, e.g. at a Camden Cyclists meeting.

@camdencyclists This isn't a flame war. Reply on my blog, it's much better. Gives time to consider, research, etc. The web is the ideal venue.

And that's where the conversation ended.

Camden Cyclists did leave a comment on David Arditti's blog. They said that there is room for a narrow bus platform outside the cycle track at the southern bus stop—the one shown in the photo above—but that the cycle track opposite the other bus stop can't be protected by armadillos, because a series of building entries intersect the cycle path there. So extending the bus stop would be counterproductive in that motorists would be likely to swerve into the opposite cycle track to pass stopped buses. 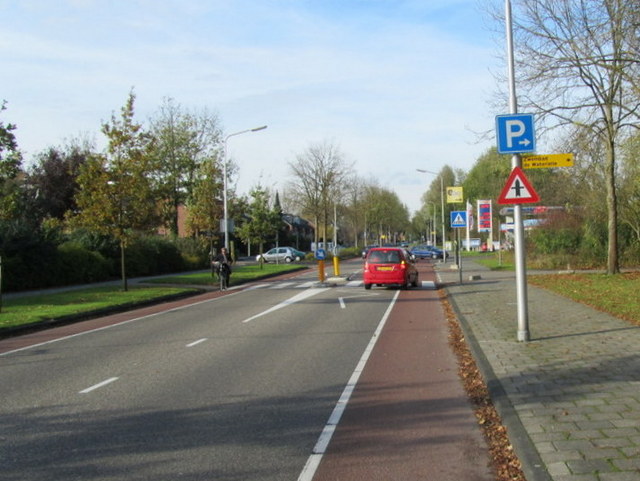 As a rule of thumb, cars entering other peoples' space tend to do so with caution (i.e., without swerving). If a motorist is proceeding down Royal College Street, say, and a bus pulls to a stop ahead of him, perhaps the motorist would be allowed to overtake the bus by using the cycle lane, assuming it was safe to do so.
(Photo credit: The Cycling Dutchman)
It's a question of balance, ultimately, coupled with a reasonable sense of perspective.

How did the London Cycling Campaign become the Voice of Cyclists in London? Whoever appointed them to fulfill this role?

Originally it was a Friends of the Earth thing; but at some point, the cycling enthusiasts started to dominate.

Before you knew it, a love of cycling became transformed into something else: a love of power. And thus it came to pass that you couldn't even think about cycling in London without the LCC dismissively coming along and thrusting a glass ceiling above your head.

They claim to speak on behalf of the capital's cyclists, but according to David Arditti, he has spent 20 years trying to convince them "of the benefits of quality segregated cycle infrastructure", and for most of that time this idea was regarded as "an evil or deluded heresy".

Within the last couple of years the LCC have appointed a new boss, and he seems to have understood the marketing value of Going Dutch. This change of direction—from vehicular cycling all the way to segregated cycling—came not so much from within as from without. I am talking here about the bloggers, and specifically about Freewheeler. And so, like the Bishop of Norwich—who was told that if he wanted to lead his flock, he should find out where they were going first and then walk in front of them—the LCC are guiding a new generation of cycle campaigners towards ever greater glories.

If you want to support them, all you have to do is follow. So why not go along to their protest ride? They're calling for a clear space for cycling on London's main roads.